I was born on March 21, 1962 in Pittsfield Massachusetts, to Joseph and Mary Carey. I was blessed with one brother and three sisters. In 1967 my father was transferred to the GE Plastics plant in Selkirk, New York. We lived in a nice suburban neighborhood in Glenmont, which is in the Town of Bethlehem, New York, located in Albany County. I went to St. Thomas grade school, and then to Bethlehem Central High School, graduating in 1980. I then attended Hudson Valley Community College, studying Heating and Air Conditioning, and graduated in 1983. For the following 8 years I worked in the Heating and Air Conditioning field, including 5 years operating my own HVAC service business, until retiring from HVAC due to having a series of hernias. In 1987, I moved into Delmar, New York, into my first home, and established my own snow removal business, which I operated for the next twenty years. I met my wife Lisa in an amazing way during the summer of 1989 at an oldies dance at the Turf Inn, and we were married just over a year later. I then worked with my brother in law as an electrician for the next two years before starting my own Lawn Service business, which was called Carey Lawn Service. 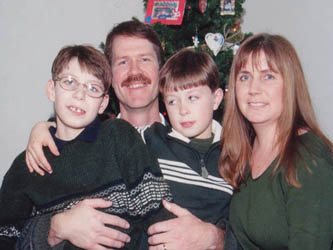 In September of 1993 my wife Lisa and I had our first son, and we named him Jonathan Michael. Jonathan’s name means “a gift from God”, which Jonathan was in every way. Jonathan was not developing as fast as other children, and when he was 19 months old he was diagnosed with mental retardation. We then enrolled Jonathan in special education preschool, with assistance from numerous therapists. Later, at the age of 6, Jonathan was diagnosed with autism. The joy which Jonathan expressed and brought to me and Lisa cannot be described in words. Jonathan had a supernatural love for God, for people, and for horses, from a very young age. In November of 1997 Lisa and I were blessed with our second son, and we named him Joshua David. Joshua developed typically, and Jonathan’s little brother soon passed him developmentally, and really became like Jonathan’s older brother. Jonathan and Joshua had a tremendous love for one another despite Jonathan’s severe limitations, and inability to talk. In 2002, a friend from Pennsylvania suggested at that time that I obtain an automobile dealers license, which I did, and I later established Solo Auto Sales, selling used cars for the next 10 years. Solo Auto Sales is located on Delaware Avenue in Delmar, and currently remains open only on a part time basis due to expending extensive amounts of time advocating for legislative changes. 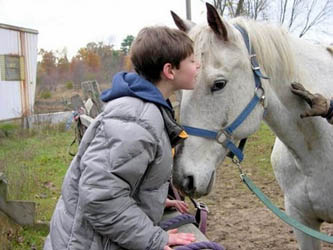 In 2004 Jonathan was abused and neglected at a private school for children with autism located in Dutchess County. Staff at the school withheld Jonathan’s meals for behavior management for a period of over 4 weeks. They also secluded him in his bedroom for extensive periods of time, causing him to miss 8 days of school in one month. His room was stripped of all of his books, toys, and pictures, and he was left lying naked on a urine soaked bed multiple times. Jonathan was bruised over his entire body during repeated restraints, which went unreported by the school for investigation, as required. The school had no consent from us as Jonathan’s parents or any human rights committee to do any of these cruel and inhumane things with our son. After we removed Jonathan from the school, we contacted OMRDD and the CQC and requested an investigation of the abuse of Jonathan at that school. After completing a 4 week investigation, OMRDD compiled hundreds of pages of documentation substantiating abuse, neglect, and mistreatment. The CQC conducted a cursory investigation, and immediately “unfounded” the abuse. Yet when we requested the investigative documents we were denied all of the records, even under the Freedom of Information Law. Despite contacting numerous state officials we remained unable to obtain any of the investigative documents regarding our own severely disabled, nonverbal son. 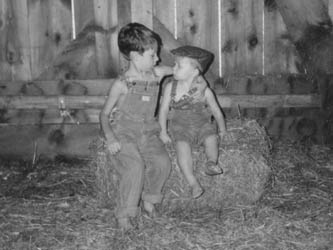 In 2006 following a vivid dream my wife Lisa had about a “Jonathan’s Law”, we contacted Assemblyman Harvey Weisenburg seeking a new law which would overturn the State’s right to withhold incident reports and investigative records from parents and legal guardians. The proposed law would be called “Jonathan’s Law” and after being sent to bill drafting, the proposed law remained unheard of until February of 2007, when Jonathan was killed by a caregiver from the OD Heck Developmental Center, where he later resided after leaving the private school in Dutchess County.

On May 5, 2007, the Governor signed Jonathan’s Law giving parents and legal guardians access to investigative records which had been “sealed” and kept from parents and guardians for decades. Despite extensive financial obstacles and significant opposition at times, we have had success getting 6 more bills passed since the passage of Jonathan’s Law, making the mental health care system safer for people with disabilities statewide. Recently our latest bill was passed, now making it a felony for caregivers to abuse a disabled person. This law finally gives people with disabilities the same protection that elderly people and animals have had for years. Now, having gained extensive experience with the legislative process over the past 3 ½ years, I believe that I would make a very compassionate Governor who will work hard to fight for others. Joshua is now 12 years old, and attends a small private Christian school in Colonie, New York. Because of our faith, our family knows that we will be reunited with Jonathan one day in Heaven, but until then, we also desire to be part of making changes to help as many people, young or old, disabled or not, as possible.